Home » Uncategorized » Be the miracle today 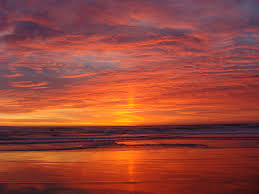 This is dedicated to all the “miracle-makers” in my life. Thank-you is not words enough….

I think the truest miracles in life come to us one at a time, moment by moment. Largely private, largely unseen. The ones that are life-changing, that make all the difference, are often the ones most subtle in form. Not announced by loud proclamations over the wires, but whispered through heartfelt words from person to person. Not felt in the thunder, or through all the noise- but experienced in the quiet, in the still.

She was there on the phone, crying. Sobbing, actually. She had just had lost her job, experienced a medical emergency and had a huge debt to pay. And that was just the tip of the iceberg. There was so much more to her story: so much more pain, so much more sadness, so much more tragedy. We who knew her well understood. We felt for her. Our hearts were breaking. But for the longest time, could do little to help her, physically speaking. She was desperate. And for now, this was where she was at. At a crossroads. Standing at a decision point. It was either ‘sink’ or ‘just keep swimming’ for her. She didn’t know how much longer she could do the latter. She was ready to give up completely.

Because she couldn’t see any way out of this mess.
Because she didn’t know if there was room in this world for a miracle for her.
Because she wasn’t sure entirely she still believed in miracles. At least, miracles designed for her.

She was sharing this distress with her friend, this absolute desolation- when something life-altering happened. Another heart was intertwined and involved in this story. Something happened within the heart of her friend. And while that same friend had already been praying, God opened a door and this friend- her kindred spirit of a friend, whom she was talking to RIGHT THEN AND THERE…walked through a doorway, so to speak. Walked into her heart.  And it happened almost by miracle. Truly by miracle. Because, surely, that’s what this was all about. Miracles of the everyday kind. And because this friend had been there too, in the sense that she had been through the fire, through the storm… through it all- there was a comradeship between them. An understanding. A bond. For both believed that if miracles were to happen, they would happen of their own accord, under God’s careful watch.

Heart to heart, hand to hand. Without anyone ever knowing save for God Himself.

And as the two were talking, the answer appeared. As if by vision- for truly there was a Providential hand at work. The answer came to them both immediately. And for the one who gave freely as from an open heart- as well as for the one who received with broken heart, there was no doubt in either mind: a miracle had just occurred.

It was transformational. A God-inspired moment.

Sometimes the miracle is so small we might dismiss it entirely: a kind word. A smile. A caring touch. A hug. Sometimes the miracle is bigger, more public in reach. It’s amazing. The thing is, a miracle can happen just about anywhere, anyhow. And all that is often needed is a willingness to be used. To be a vessel. For our hearts are made for this very thing, this very purpose. For such a time as NOW. For such a moment as this very one we are living.

Our hearts were designed to reach out to one another in love. In compassion. In empathy. In heartfelt concern. A miracle can take place just about anywhere…but it is often in the secret that the miracles that mean the most are felt and experienced the most deeply.

Miracles that happen heart to heart are almost indescribable with mere words.
Friendship is one of life’s greatest tangible miracles. Having a friend is miracle in and of itself. Knowing another heart was given to you to hold gently, yet compassionately: this is one of God’s greatest gifts to us as human beings. For when we can join our hearts in love for one another, each for the other: miracles truly do take place. We were all designed for this. To be part of the miracle taking place both in our own lives as well as to be witness to the miracle underway in the lives of those we love and hold the closest. All of us can be a friend. All of us can be a miracle.

And each one of us was given today- this very moment: to be a miracle for someone else.

2 thoughts on “Be the miracle today”

Search (for Joy in Everyday Living)

ideas and strategies for teachers

History, technology, and probably some other stuff

Foodie in the Forest

Sharing my passion for good food, family and the great outdoors

Beautiful photos of hiking and other outdoor adventures.

A Gathering Place for Deliberate Mothers

There are 5 sisters. She's the middlest.